Lékué are a Spanish cooking aid company, based in Barcelona, who have developed a number of interesting products for cooking in an oven while retaining steam (which encourages a better crust). They claim that their bread maker is a single tool for mixing, kneading and baking bread in, so I decided to buy one (£19.99 from Lakeland) and try it. Although it comes with an instruction and recipe book, feedback from people who had tried it was to use your traditional recipes.

The bread maker is a slightly floppy silicone bowl that fastens at the top to form a rugby ball shape (see illustrations below).  While it proved fine to mix the ingredients in and to bake the bread in, it did not prove that easy to knead the dough in (it really is too floppy), so I decided to try it out using the low effort (no knead) method so I really could do everything in the bread maker. This also meant I could go for a wetter dough for a more open crumb. This is how it worked out. 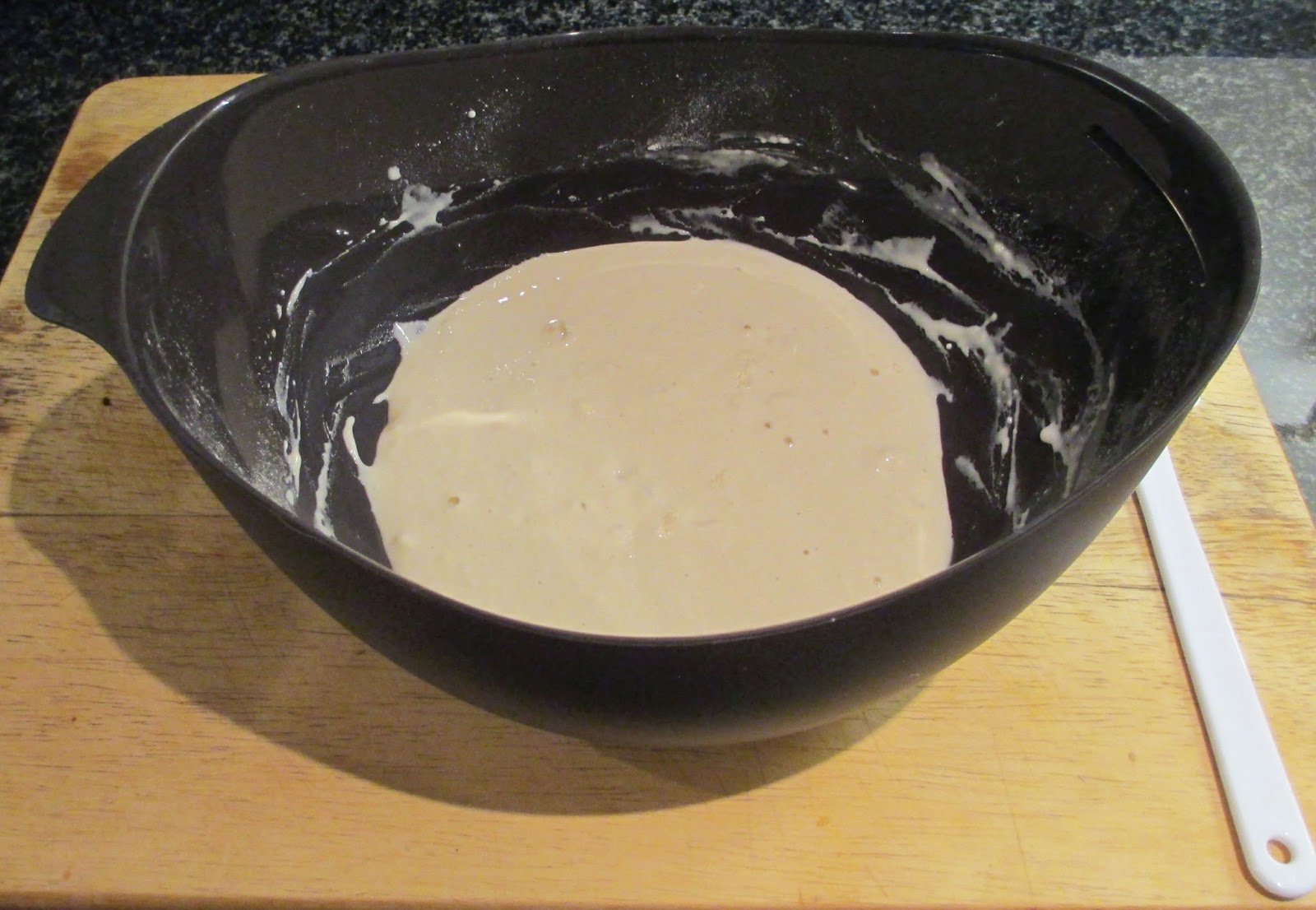 Got the starter out of the fridge and brought it up to room temperature for two hours. 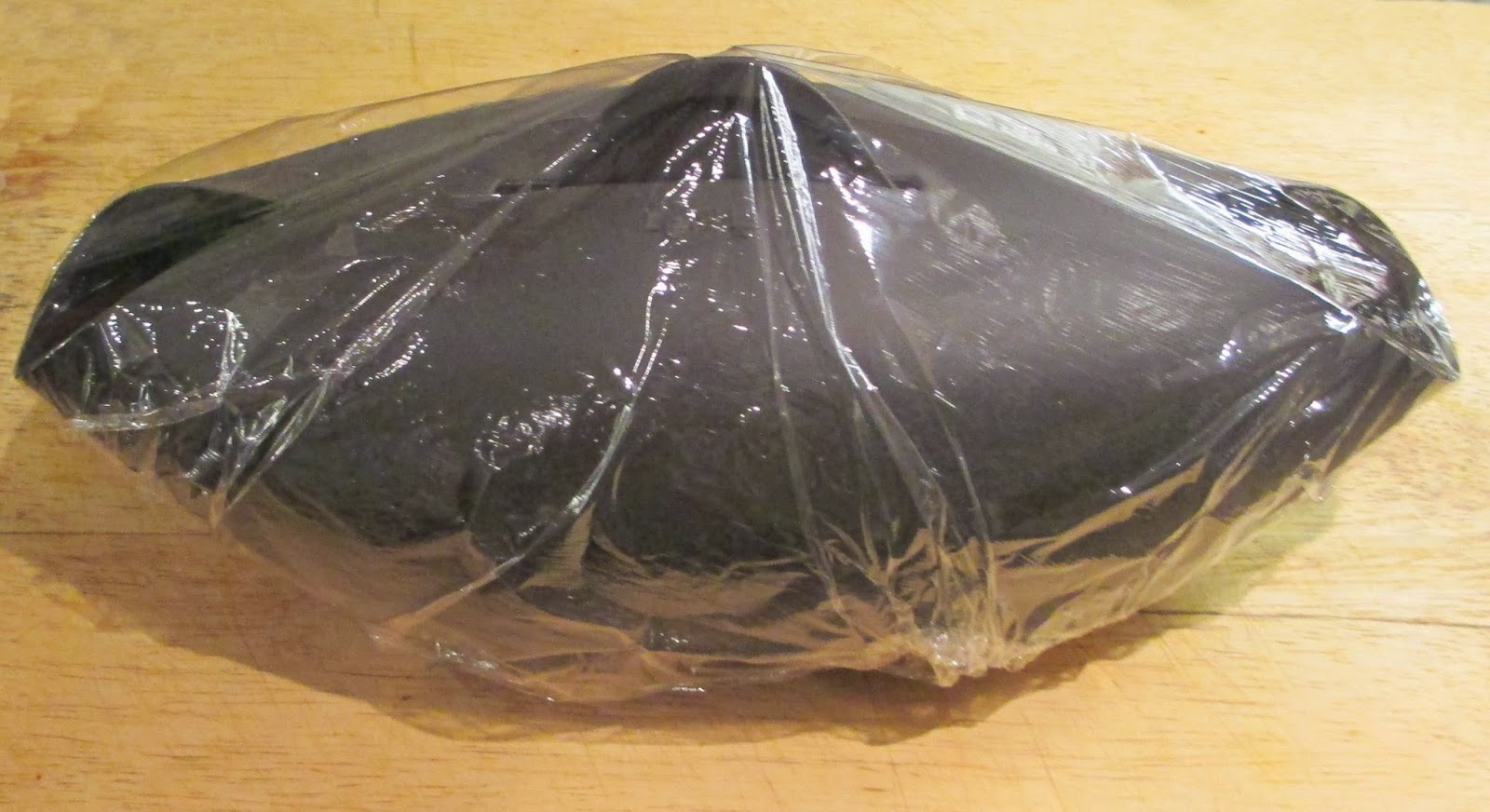 Closed the Lékué, covered it with cling film (see illustration left) and left it to prove overnight.

In the morning the sponge was fermenting nicely (thick and bubbly). I mixed in the other half of the flour (but not the salt), closed the Lékué, covered it and left it to rest for 30 minutes.


Then I dissolved the salt in a small amount of water, added it to the dough, mixed for 15 seconds, closed the Lékué, covered it and left to rest for another 15 minutes.

Once more mixed the dough for 15 seconds and left to rest for another 15 minutes.

Then gave the dough one final 15 second mix, shaped it roughly into a sausage in the Lékué, closed the Lékué, covered it and left it to prove in a warm place (the oven with the light on) for around 2½ hours until nearly doubled in size.

Then removed the loaf from the Lékué and baked it for another 20 minutes until golden.

Then turned the oven off and left the loaf in the cooling oven, with the door slightly open for another five minutes, then placed on a rack to cool.

The loaf had a nice crisp crust so the Lékué lived up to its promise in that respect.

Once cooled I sliced the loaf.

The crumb was nice and open and had an excellent sourdough taste and feel. So the low effort method had paid off as well.

While I was about it I wondered how it would work out with my soda bread recipe so that was what I tried next.

Once again I did everything in the Lékué using 200g wholemeal + 150g strong white + 1tsp soda + 1tsp salt and 350ml buttermilk. Mix together adding a little more milk to get a soft, sticky dough, shaped it roughly and baked for 25 minutes + 10 minutes out of the bread maker.

It produced an excellent loaf of soda bread, nice crisp crust and a lovely texture crumb. I decided to name it 'Hedgehog Soda Bread' as that's what it reminds me of. Well done again Lékué. 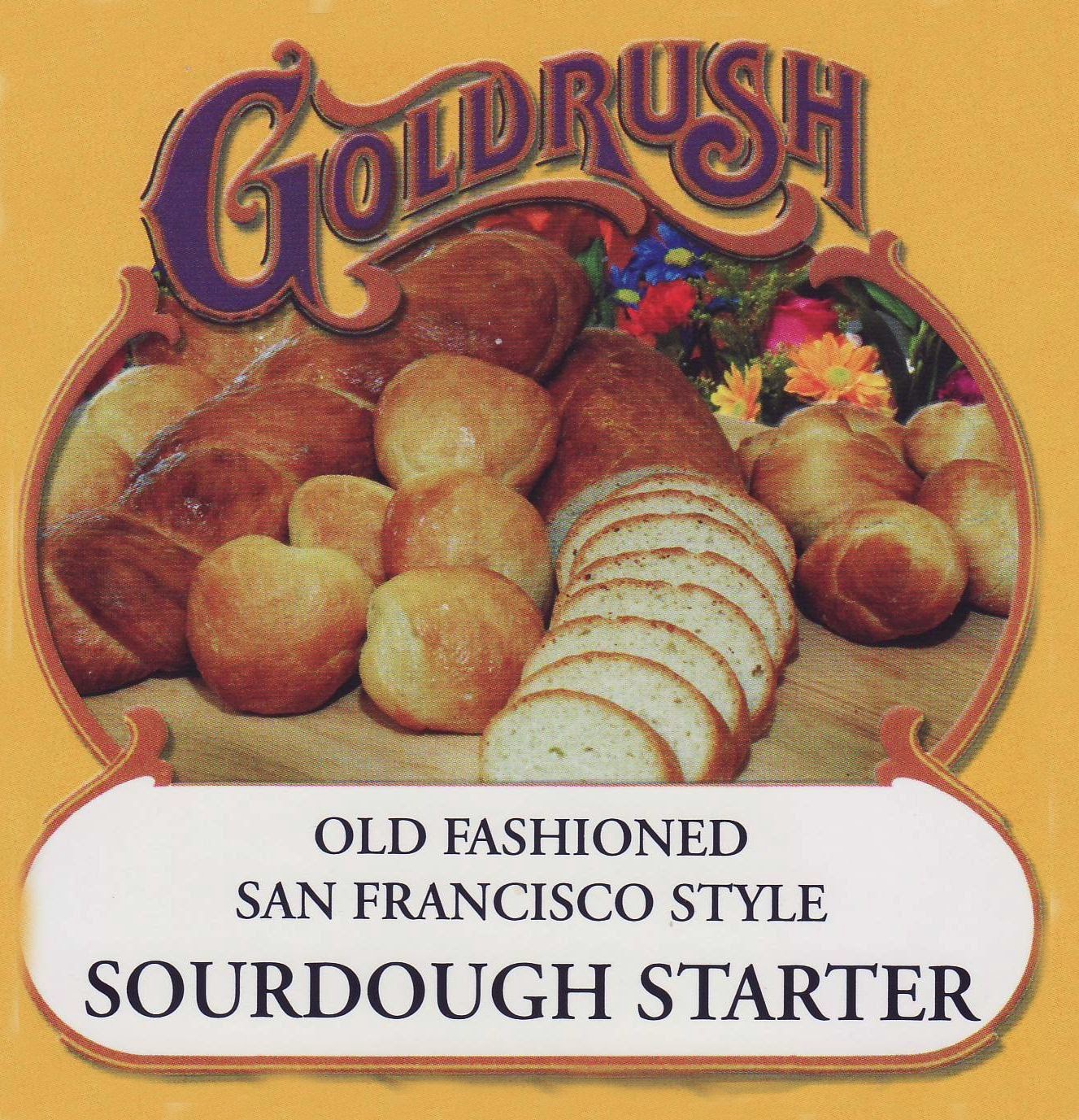 I decided to try out some Goldrush Old Fashioned San Francisco Style Sourdough Starter (from Bakery Bits) for a change from my own home grown starter.

Interestingly Bakery Bits and Goldrush both supply (different) instructions for getting the starter going so I'm comparing both and my own process as I go along and this is how it is working out:

Day 1
Mixed 100g white bread flour and 200g filtered water in a glass mixing bowl, then added the sachet of sourdough starter, covered the bowl with cling film and put in a warm place for six hours.

Fed the starter with a small cup (50g) of flour and the same volume of water, covered and left in a warm place for a further 24 hours.

Days 2 to 3
Fed the starter with a small cup of flour and a small cup of water, gave it a good stir, covered and left in a warm place for another 24 hours.

Days 4 to 6
The starter is getting more active each day but was a bit runny. Discarded one cup of starter and fed it with a small cup of flour and half a cup of water. By day 6 the starter looked ready to use.

Loaf Bake
I decided to make a small plain white loaf (using my better sourdough recipe) to see what it looked and tasted like. This was the result: 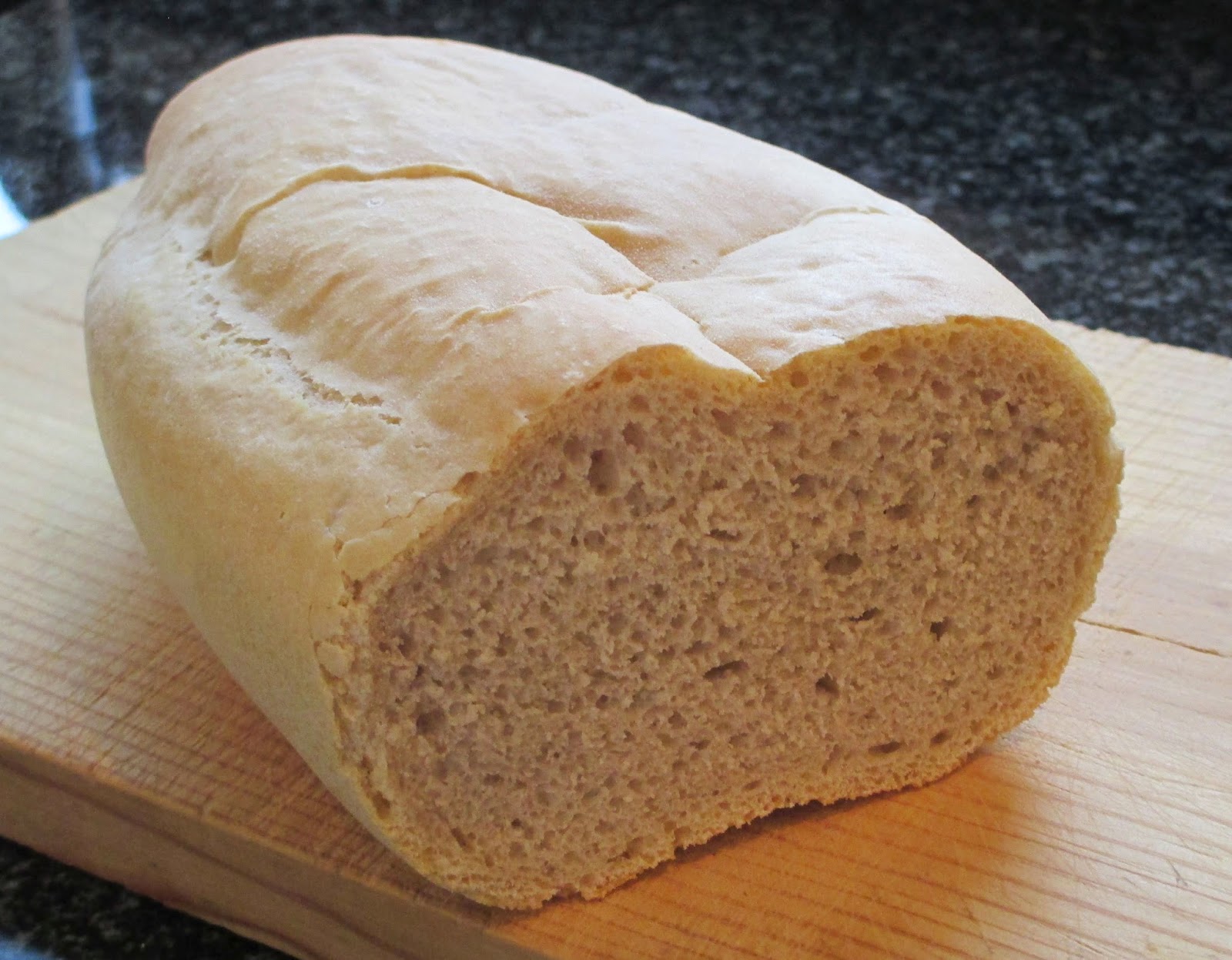 Nice texture and crumb, soft and chewy inside nice crisp crust on the outside and it tasted good.

We ate the second second half of the loaf for lunch the following day and it was still excellent.

I've now decided to throw away my old starter and stick with this one from Goldrush, it's a real winner!
Posted by P M Blogger at 08:52 2 comments: